The new Royal-class ships have taken the best from the Grand-class ships and added more of everything! They feature heavily with multiple luxurious restaurants, such as, Chef’s Table Lumiere, Sabatini’s Italian Restaurant and the Crown Grill – Steak and Seafood.

Each ship has a new bespoke attraction called the Sea Walk – a glass-bottomed corridor that hangs over the side of the ship – allowing you to look directly down from the eighteenth deck to the sea below! 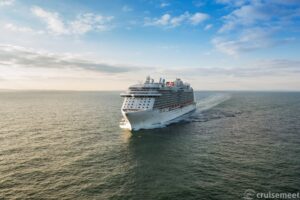