She primarily sails from her new homeport of Melbourne, Australia during the summer. In the winter she will move to Tianjin and sail roundtrip cruises around China. She joins her part-sister Sapphire Princess who sails year-round from Shanghai – the first two ships for Princess Cruises based in China. 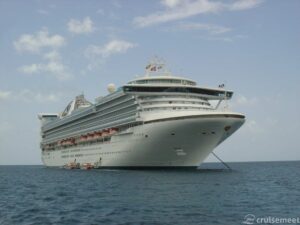